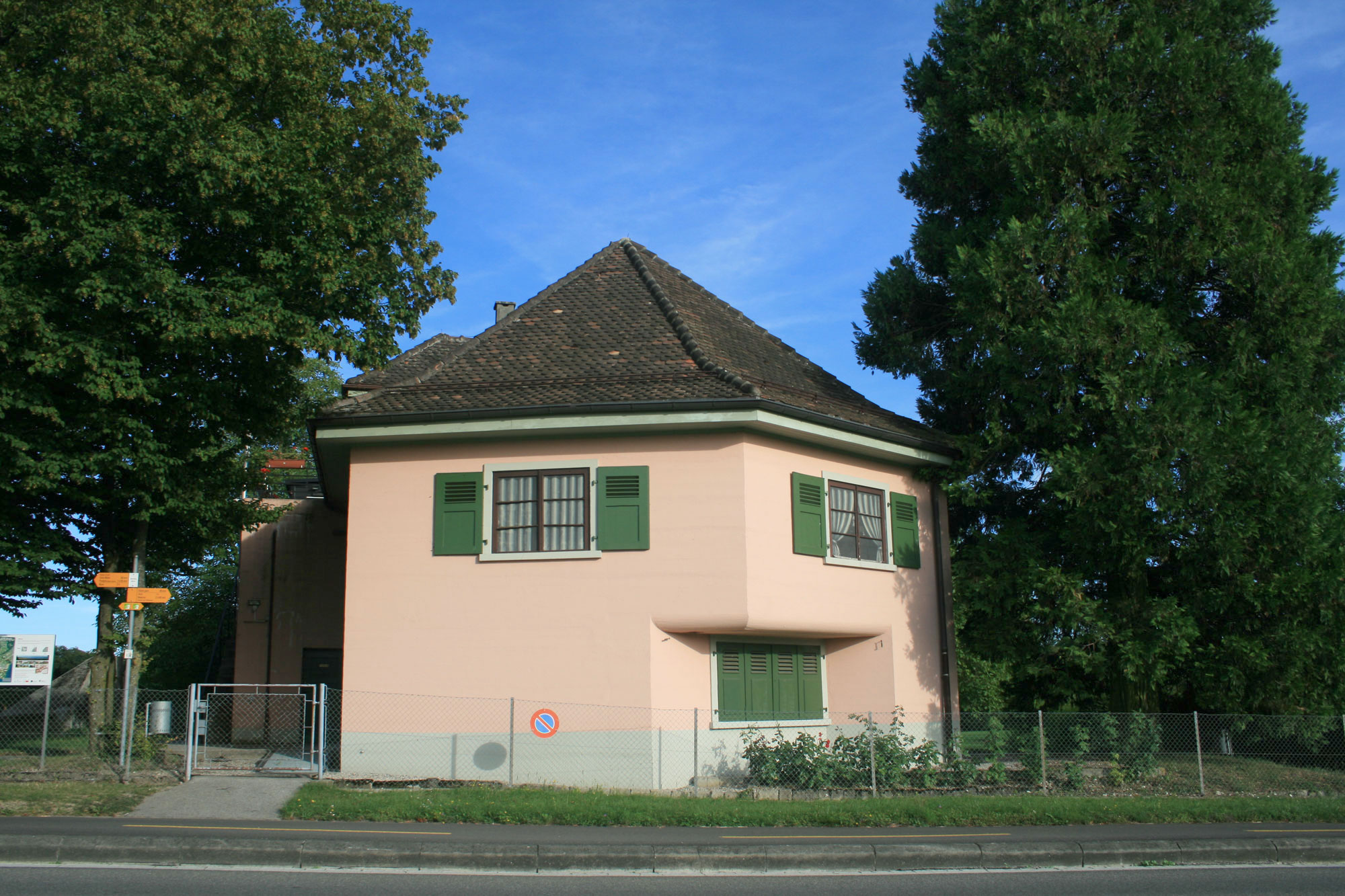 Between 1938 and the end of the Cold War, the Swiss army built dozens of fake chalets. These camouflaged bunkers have the outward appearance of normal houses, their true function hidden behind the architecture and construction style of the region.

A colleague of mine, originally from Switzerland, handed me his copy of Swiss Review magazine one month and told me to look at the article on army reform. Although the article didn’t particularly grab my attention, the photographs used to illustrate it did. They were Christian Schwager’s images of military bunkers from his book Falsche Chalets.

As I have long had a fascination with camouflage, deception and disinformation, I began researching right away.

In the 1990s the Swiss military began to abandon many of their fortifications and bunkers as they started decommissioning sites as part of wide-ranging reforms. Some were handed over to civic foundations for safe keeping and have since opened to the public. Others have simply been left to decay. Once off the Official Secrets Act it was possible to find the location of hundreds of these no longer in military hands. So in August 2008 I set out on a research trip that gave me the perfect opportunity to study this clever architectural camouflage at close quarters.

Initially I found these bunkers hard to identify. I must have driven by Rosa Villa several times before I realized that I had arrived at my destination. But once you get close the deception becomes more obvious. The house has a strange angular shape and the windows don’t reflect any light as they are works of trompe l’oiel illusionism rather than panes of glass.

As the week wore on I began to look at my idyllic surroundings with a lot more suspicion. The deception makes you begin to question every building and I couldn’t help but ask myself: has Switzerland always seemed a little too perfect? The variety of these bunkers’ camouflages was staggering. In less populated regions the bunkers are also disguised as rocks or even trees.

In the 1930s and 1940s, as aerial reconnaissance became more common place, camouflage was used to hide any build-up of military arsenal. But this may not have been the only reason for the Swiss to practice the art of deception. Tourism was also becoming of great importance to the country. So what better way to hide the brutal forms of military architecture, so as not to disfigure the landscape, but with chalets and farm buildings that appropriate the aesthetics of their surroundings.

Dwellings are often used in landscape paintings as a metaphor for human experience. The idea that a house offers us safety and security from the outside world is here somewhat turned on its head.

Switzerland has not been invaded for over 200 years, and this is for several reasons. One was its defence strategy, and another its terrain. German troops referred to Switzerland as ‘The Porcupine’. The bunkers were heralded as a great success. So much so, that they kept maintaining and building them long after World War Two.

Driving through the alpine regions, I became aware of bunkers hollowed out in the mountains. Although I did not have the time or the fortitude to climb up to these.

From my short time in Switzerland I was stunned by the ingenuity of these bunkers. As Christian Schwager states in DAM magazine “…to my mind, they’re works of art – also because the chalets are often enhancements of region building styles. The army created prototypes of something that never existed.”

I will no doubt create more paintings inspired by these stunning buildings in the future. As although the weapons concealed in these bunkers were never fired in anger they still appear predatory in their environment, the lack of human presence giving them an unnerving autonomy.

But I must confess my images are not straight forward representations of these Swiss art works. As just like the Swiss, I too practice the art of disinformation to alter a landscape. Often using more than one photograph as source material, mine are constructed images. And even though I make several compositional drawings before I start a painting, for me it is paint that leads the image. These part-real, part-imagined landscapes go through a series of transformations once paint is applied.

I find paint offers many possibilities as it slows down the making process, allowing for reflection.